Full Name
George Bedar
Job Title
Chief Information Officer
Company
LA Fitness
Speaker Bio
George Bedar is the Chief Information Officer for LA Fitness International (LA Fitness, Esporta Fitness, and City Sports) based in Irvine, CA and has served in that capacity for over 16 years. His focus at LA Fitness emphasizes leveraging technology to significantly improve the efficiency and accuracy of business processes, simplify the administrative activities of its thousands of employees, increase membership sales, enhance the experience of members to retain them longer, and reduce the cost of operating the business. He has emphasized Microsoft products as the solution environment for LA Fitness that have been used to achieve a steady stream of accomplishments that the LA Fitness Information Technology organization has enjoyed.

Bedar joined LA Fitness as CIO in 2005. Prior to that, he had a variety of technology related positions from both sides of the technology business. These positions included a program management position in the support organization at Microsoft focused on readiness of the US Support organization, the Chief Information Officer of CKE Restaurants (Carl’s Jr and Hardees) while it grew from a regional chain of a few hundred restaurants to an international business with over 3,000 restaurants, and a consultant engaged in major software development projects for the US Department of Defense and the Iceland Air Defense System.

George Bedar retired from a successful career in the US Marine Corps in 1994. Primarily he served as a Naval Flight Officer flying in the A-6E Intruder all-weather attack jet. During his career, interspersed between operational flying assignments, he had two technology related assignments. One at the Marine Tactical Systems Support Activity as a project officer responsible for the software maintenance of the then current Marine Corps Air Command and Control System and the acquisition and development of a new, leading-edge technology, replacement for that system. He played a key role for the Marine Corps in making decisions about software engineering and software development for major tactical software systems. He concluded his career with the Marines with his assignment as a Master Instructor of Computer Science at the US Naval Academy.

Bedar holds a Bachelor of Science degree in Mathematics from the University of Houston and a Master of Science degree in Computer Science from Stephen F Austin State University. He is an active instrument rated private pilot and enjoys riding motorcycles and owning two off-the-track thoroughbred race horses, Milyone and Ziconic, who are trained for their second career in jumping after retiring from the racetrack.
Speaking At
Executive Panel: Leading at the Intersection of DevOps and Compliance to Drive Sustainable Digital Transformation 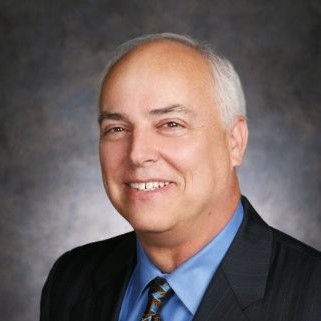