Full Name
Yann Arthus Bertrand
Job Title
Chairman
Company
GoodPlanet Foundation
Speaker Bio
Yann Arthus-Bertrand has always had a passion for the animal world and the natural environment. When he was 30 he carried out a three-year study on the behaviour of a family of lions in the Masai Mara reserve.
For the first Rio Conference in 1992, Yann decided to prepare a big work for the year 2000 on the state of the planet: it is The Earth From Above. This book encountered a great success and over 3 million copies were sold.
Yann then created the GoodPlanet foundation to raise public awareness of environmental issues. He was designated Goodwill Ambassador for the United Nations Environment Programme on Earth Day (April 22nd, 2009).
In 2006, Yann started the series From Above, and he undertook the production of the feature film, Home.
In 2012, Yann also began filming another feature film called Human. composed of interviews with people from all conditions in 45 countries.
In 2017, Yann and the GoodPlanet foundation will open a place dedicated to humanism and ecology in Paris
In 2020 was released Woman, a feature film co-directed with Anastasia Mikova. A worldwide project giving a voice to 2000 women across 50 different countries. The aim of the film is to call for rights, find solutions and initiate change.

His latest projet Legacy was broadcasted in the beginning of 2021 and Yann is now working on his next feature films : France, a love story and Refugees.
Speaking At
Inspirational Keynote : Seen from the Heart, a journey to sustainability awareness 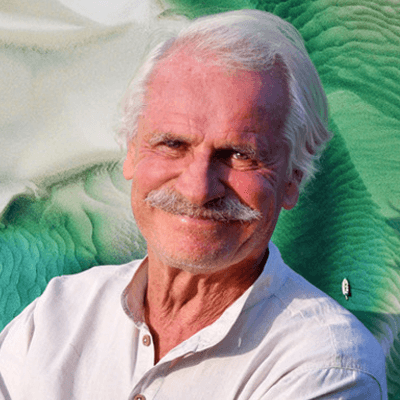